THE HISTORY OF JIU-JITSU 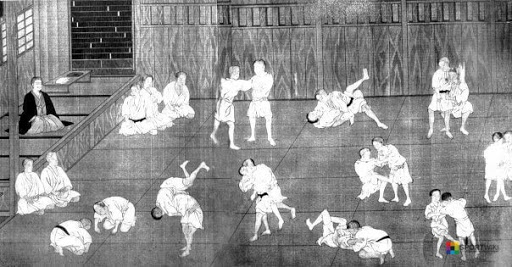 The first traces of the styles in fighting goes back to the 3rd and 4th century AD in India and China. Buddhist Monks were known for using unarmed person to person self-defense techniques, to protect themselves and their
goods. It is accepted that these styles of fighting included takedowns, locks, holds and chokes

The word Jiu-Jitsu (originally JuJutsu) was translated from Japanese to English as Gentle (Jiu) – Art (Jitsu). It was during the -700year Feudal period of Japan, that the techniques brought from China and India were developed into specific systems of fighting. Samurais would train unarmed combat to be ready for the occasion of losing their swords or other weapons. As kicks and punches were not very effective against opponents wearing heavy armors, takedowns, locks and chokes were the movements of choice. 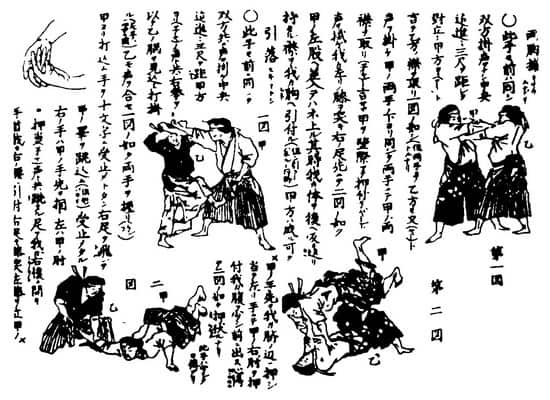 FROM JAPAN TO THE WORLD 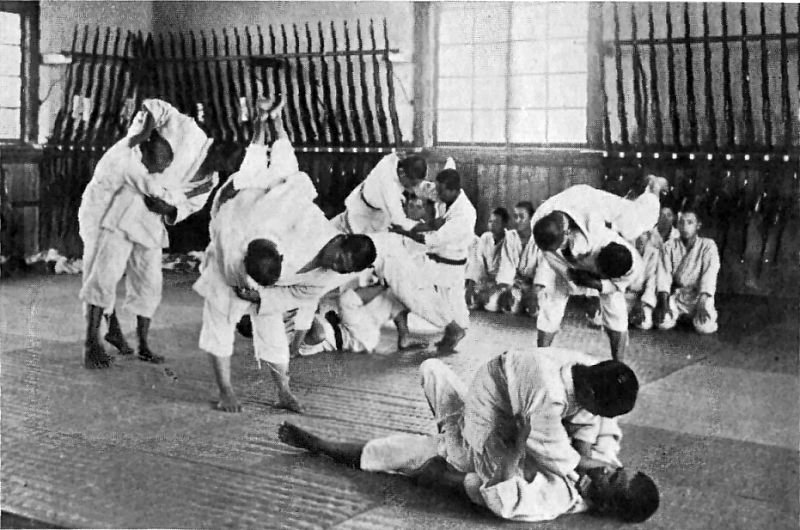 At the end of the 19th century (1882), Master Jigoro Kano founded the Kodokan School to teach the techniques and the code of conduct of Jujutsu, as a way to strengthen both a frail body and a weak mind. In 1904, one of his students Mitsuo Maeda, also know as Conde Koma, was sent on a trip around the world to display the efficiency of the techniques taught by Kano in Japan. Maeda first stopped in the USA, and then travelled to many different states in the America and Europe. He would challenge opponents in each of those places to prove how efficient Jiu-Jitsu was.

After over 10 years of traveling, Maeda reportedly arrived in the northern Brazilian city of Belem, the capital of the state of Para. At that time. Belem was experiencing a huge economic growth, due to the final years of the Amazon Rubber Boom (1979-1912). In Belem, Maeda did a series of public demonstrations and challenges against local fighters. A local business man named Gastao Gracie be friended Maeda and eventually asked him to teach his eldest son Carlos Gracie Jiu-Jitsu. Other Brazilians also learned from Maeda including a boy named Luiz Franca, who later became the father of the non-Gracie lineage of Jiu-Jitsu in Brazil. 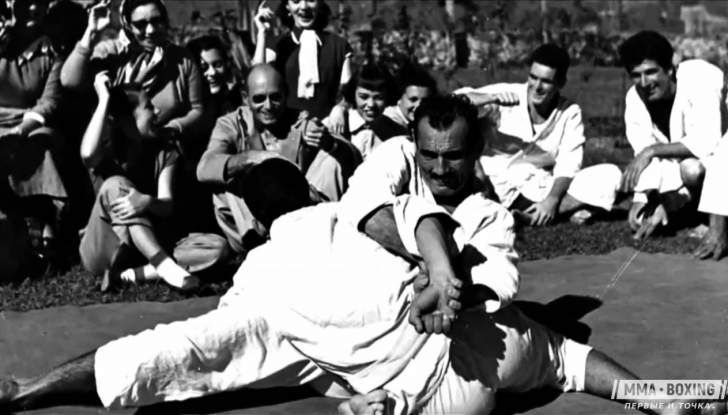 JIU-JITSU IN THE CAPITAL OF BRAZIL 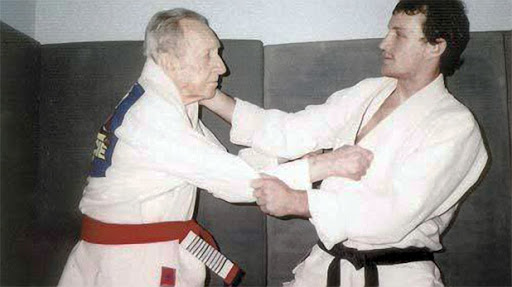 Carlos Gracie taught Jiu-Jitsu to his siblings and friends. In 1924, he founded the first Gracie Academy. In Rio de Janeiro, the Gracies used the same tactics as Maeda to popularize Jiu-Jitsu. They would challenge local strong men to no-holds-barred matches and proved Jiu-Jitsu’s efficiency. Carlos is known for doing hundreds of such challenges. The strategy worked greatly and Jiu-Jitsu became wildly popular in the upcoming decades, even being taught to high ranked Brazilian government officials and members of the military forces.

JIU-JITSU AS A POP PHENOMENON

In the 50s and 60s, Jiu-Jitsu became widely popular in Brazil. Carlos’ younger brother Helio took front stage in the series of challenges against bigger and
stronger opponents. His match before tens of thousands of spectators against Japanese champion Masahiko Kimura in 1951, made the front pages of all newspapers. It took the place of Brazil’s favorite sport, soccer. Helio continued the routine of challenges and super matches. However it was eventually succeeded by Carlos’ oldest brother Carlson Gracie. 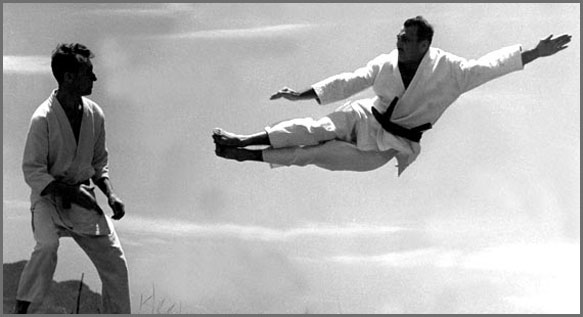 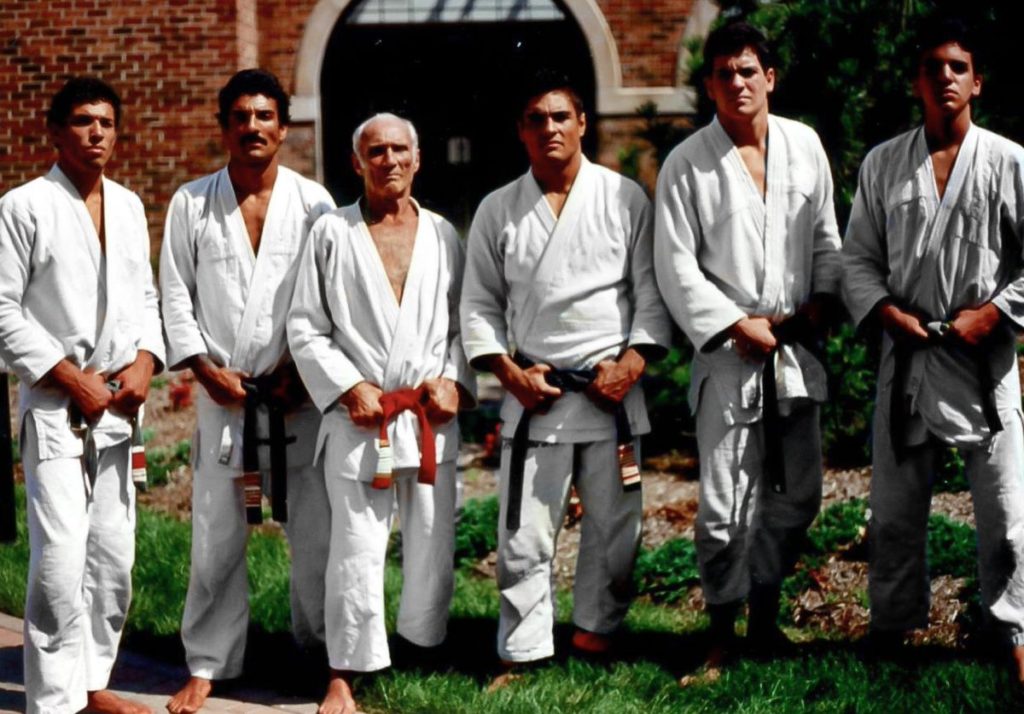 In the 70s and 80s, Jiu-Jitsu was organized in Brazil and its sports facet began to grow. Now with thousands of schools all over the county, the first championships began appearing. The first Federation was founded in the State of Guanabara in 1967, by Helio Gracie. That’s when the first rules of the sport took form. At the same time, some of the Gracie family members started to travel outside Brazil to teach the art. The USA and Europe were the first places where Jiu-Jitsu was taught in its modern version outside Brazil.

THE UFC TURNS JIU-JITSU INTO A GLOBAL FEVER 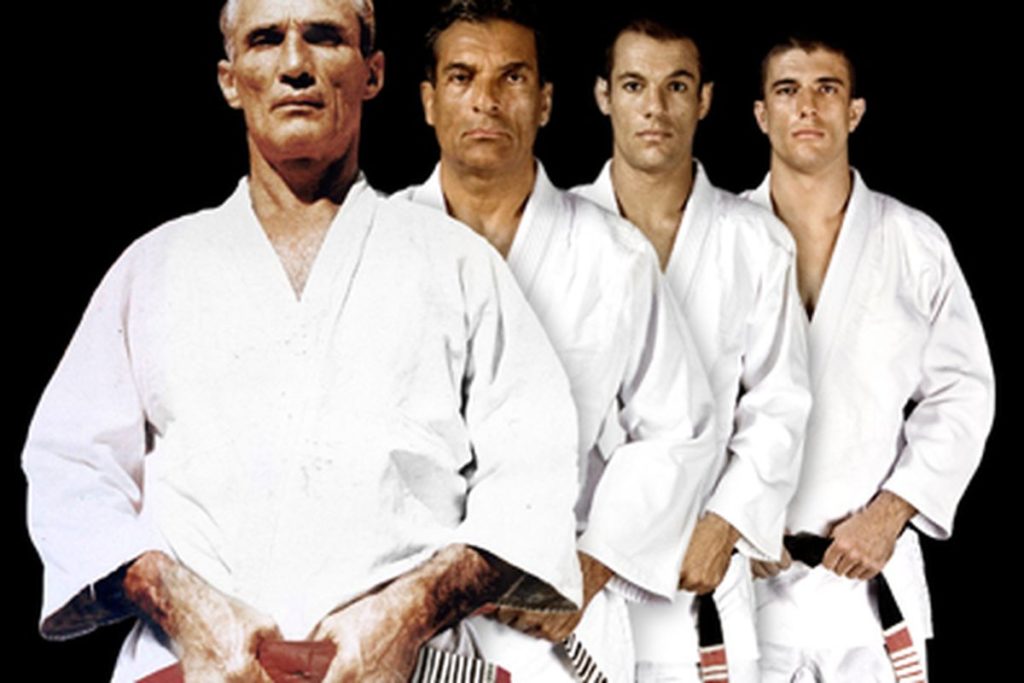 The year of 1993 was a turning point in terms of popularity for Jiu-Jitsu. Rorion Gracie came up with a new wrapping for his family’s old strategy, of promoting Jiu-Jitsu through challenges against specialists of other styles of fighting. The Ultimate Fighting Championship (UFC) was born as the toughest form of combat sport, and the perfect arena for Jiu-Jitsu to prove its supremacy over other styles. Rorion chose his younger brother Royce Gracie as the representative of Jiu-Jitsu. Royce’s dramatic wins against much bigger and stronger opponents took Jiu-Jitsu to a never seen heights in terms of popularity. More and more people started attending Jiu-Jitsu schools all over the world.

JIU-JITS U RE ACHES THE UAE

It was also in the 90s that Jiu-Jitsu first reached the United Arab Emirates. His Highness Sheikh Tahnoon bin Zayed Al Nahyan was studying in the state of California when he started attending classes at a Jiu-Jitsu school under Professor Nelson Monteiro, a black belt under Carlos Gracie Jr (Son of Carlos Gracie). His Highness fell in love with the art and at the end of his period in the USA invited Professor Nelson to teach the art in Abu Dhabi. Sheikh Tahnoon was also the one responsible for creating the Abu Dhabi Combat Club World Championship (known as ADCC). The first edition of the biannual event was launched in 1998, with the idea of bringing together the best grapplers in the world. 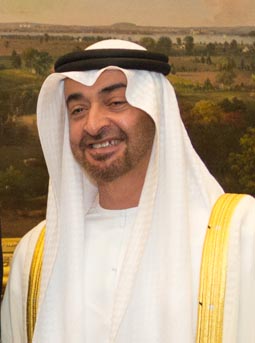 Roughly 10 years after the first Jiu-Jitsu class was taught in Abu Dhabi, the gentle art took another important step in the UAE. In 2009, His Highness Sheikh Mohammed bin Zayed Al Nahyan decided to make it a part of the curriculum in all schools in Abu Dhabi. His Highness made the decision after witnessing the benefits of the art on his own son after he started attending classes. It was also in 2009 that Abu Dhabi started hosting Jiu-Jitsu’s most important global event, the Abu Dhabi World Professional Jiu-Jitsu Championship (ADWPJJC), an annual, gathering of the sport’s elite.

JIU-JITSU AS A GLOBAL MOVEMENT

The UAE Jiu-Jitsu Federation (UAEJJF) was created by His Highness Sheikh Mohammed bin Zayed Al Nahyan in 2012. Its mission was to lead the global Jiu-Jitsu movement and take its benefits to people all over the world. Local, regional and international events started being promoted all over the globe with the purpose of motivating people to practice, train and compete. Year after year, the movement grew with more events taking place. 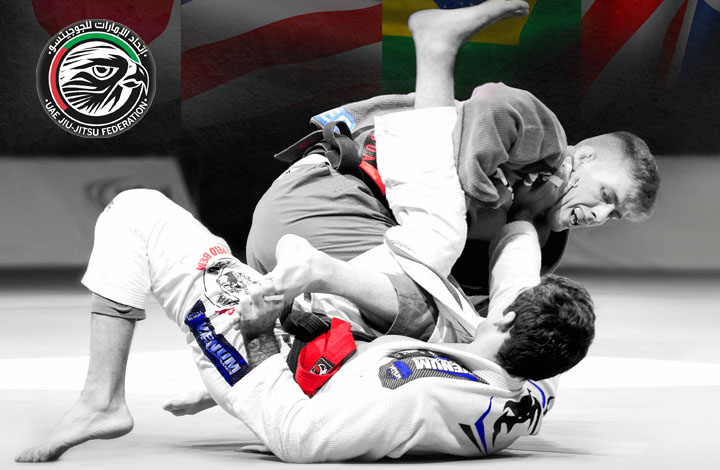 THE AJP AND THE FUTURE OF JIU-JITSU

The season 2015/2016 was another milestone in the Jiu-Jitsu history. Abu Dhabi Grand Slam Jiu-Jitsu Tour was born to be the anchor event in each of the world’s biggest Jiu-Jitsu hubs. Los Angeles, London, Tokyo, Rio de Janeiro hosted the events in the first season. Later on, Abu Dhabi and Moscow were added to the tour. In the 2019/2020 season, The Abu Dhabi Jiu-Jitsu Pro was created to increase the level of professionalism in Jiu-Jitsu. With over 70 events all over the world, AJP is the perfect vehicle to drive Jiu-Jitsu’s rich history and tradition into a fruitful and successful future. 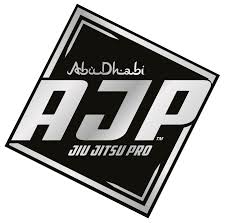 BASIS FOR ARRIVING JIU-JITU IN TAJIKISTAN 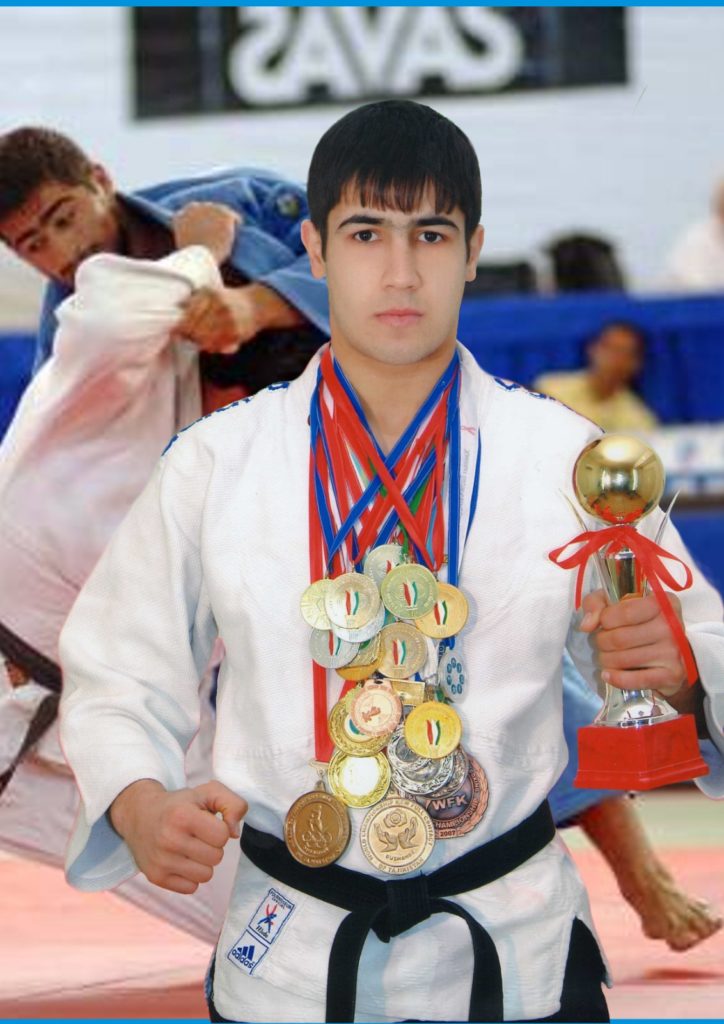